The 3 Types Of Audio Mixes. 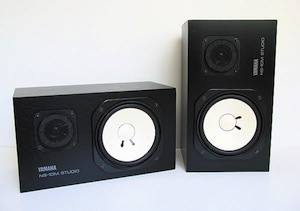 Throughout my career providing <a href="http://www.chrisgrahammastering seroquel 25 mg.com” id=”link_58a19e6f9ddcd”>mastering services_kmq.push([“trackClickOnOutboundLink”,”link_58a19e6f9ddcd”,”Article link clicked”,{“Title”:”mastering services”,”Page”:”The 3 Types Of Audio Mixes.”}]);, I’ve had the pleasure of working on a lot of different styles of music from all over the world from people who found me online or hear about me from a friend. Some of these people send me great mixes, others, not so much. Every mix I’ve ever heard though, each falls into one of 3 categories.

Most people think that if your audio has too much bass or too much high frequency content, you’ve got a bad mix. False. What kills a song is when elements in a mix don’t sound right in relationship to each other. When one element, let’s say a vocal in this case, has too much high frequency energy, and other elements like the cymbals and guitars doesn’t have quite enough, it can create some real problems when the audio is sent to mastering. If the audio mastering engineer brought the highs up on the overall mix, the guitars and cymbals would start to sound better, but the vocal would start to sound really really bad, because it would now have way too much energy in the higher frequencies.

I’m stuck in this position a lot where I’m trying to EQ a mix to sound right, but one element in a mix keeps it from working out well. The same is true with the relationship between a bass guitar or synth and a kick drum. If the kick has too much low energy below 90 Mhz, and the bass guitar doesn’t have enough, if you eq the song to have less energy below 90 hz to fix the kick, you’ll ruin the bass guitar, if you EQ the frequencies below 90 Hz up to fix the bass guitar, you’ll ruin the kick. Bad mixes don’t stand up well to having their master eq adjusted, and they don’t stand up well to compression for this same reason as well. When a song is played on the radio, it’s usually compressed like crazy, and a good mix will maintain good balance while a bad mix can fall apart.

Everything in the mix is lacking, or has too much of, a certain frequency range, but each element in the mix relates well to every other element, it’s just too dark, too bright or too something else. This is usually caused by a less than ideal mixing room, monitors or just bad hearing. Not a big deal though, this is actually a “good mix,” as it can be fixed in mastering and the relationships between the elements in a mix will stay about the same if the mix is EQ’d in mastering.

Kind of self explanatory. Everything is balanced well with other elements in the mix, and the overall sound of the mix is well balanced too. Instruments aren’t too loud or too quiet, nothing get’s too loud and jumps out in front of the mix at any point. Everything “feels” musical.

Many of the top mix engineers have been using Yamaha NS-10s to mix with for years now, and anyone that’s ever heard of a pair of these can tell you right away that they have anything but flat frequency response . How have so many hits been mixed on these speakers? A large part of it has to do with the fact that great mix engineers know that the relationship between elements in a mix is way more important than if the individual elements are EQ’d just right. When you’re mixing to prep your audio for mastering_kmq.push([“trackClickOnOutboundLink”,”link_58a19e6f9dfc3″,”Article link clicked”,{“Title”:”prep your audio for mastering”,”Page”:”The 3 Types Of Audio Mixes.”}]);, focus on not missing the forest for the trees. Bad mix engineers pay attention to the trees but ignore the forest, great mix engineers pay attention to both.