What Pixar Can Teach Us About Recording Hit Songs. 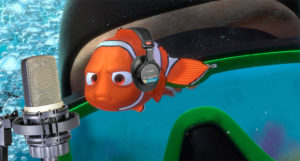 Recording your own songs and releasing them online is terrifying. As soon as they’re out there, people will react to your songs in one of these ways:

When a musician is getting ready to release a song, there’s always a voice inside their head whispering; “they’re all going to laugh at you!” It’s a harsh reality and more intense for some than it is for others.

This is where Pixar comes in…

The founder of Pixar is a guy named John Lasseter. You’ve probably heard of him. He’s the guy behind “Finding Nemo”, “Toy Story”, “Inside Out” and lots of other amazing movies. John is arguably one of the most productive “creators” of all time, and he has an amazing quote that should hit us musicians right between the eyes:

“We don’t actually finish our films, we release them.”

Let that sink in. John doesn’t work on a movie until it’s perfect- he releases it BEFORE they’re done making it. He looks his fear of what other people will think of him right in the eye, and he releases the the !&$@-ing movie.

John cares more about putting his art out there than what other people think of him.

The thing that’s holding you back from releasing more songs probably isn’t that your vocals aren’t in perfect pitch…. or that your guitar playing isn’t tight enough… or that your lyrics need a little more work… What’s holding you back from releasing more songs is the fear of what other people will think of you when you finally release that song you’ve been working on for the past 4 months.

What if the only thing holding you back from “finishing” your songs…is fear? Well, fear and…maybe finding a good mastering engineer 😜. The next time you’re in the studio and that annoying voice is whispering “they’re all gonna laugh at you,” try taking a break to watch a Pixar movie.