Recording & Mixing Yourself At Home 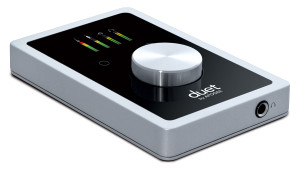 It seems like everyone is recording music in their own homes lately. Here’s some advice on how to sound like a pro without breaking the bank. There’s a catch though; if you want to make a record that sounds just like your favorite artist who had a 5 or 6 figure production budget, the best way to do that is to spend the big money on a great producer and mixing engineer and then send your mixes out to a few refutable online mastering services_kmq.push([“trackClickOnOutboundLink”,”link_58a19e6f86975″,”Article link clicked”,{“Title”:”online mastering services”,”Page”:”Recording & Mixing Yourself At Home”}]); to see which one gets those mixes sounding the best.

That being said, I think every musician should record and release their own music at least once. If you craft your own sound and style of production, it’s much easier to make it sound professional than it is when you’re trying to imitate someone else’s sound. I think it’s important to note that if you look at the history of recorded music, the majority of famous bands or artists who made a really ground breaking recording did it by trying to create their own sound and style of production, not by trying to sound just like someone else.

1. Don’t get too focused on gear. Get something that’s simple to use so that you can focus on making great art, not on learning how to use a gadget. I think the Apogee Duet is awesome for this reason. Great preamp, great converter, easy to use. Get a simple and easy to use mic. There’s a lot of great mics out there, but I think ADK Mics_kmq.push([“trackClickOnOutboundLink”,”link_58a19e6f86b5c”,”Article link clicked”,{“Title”:”ADK Mics”,”Page”:”Recording & Mixing Yourself At Home”}]); are some of the best out there for the price. To save money, get a single polar pattern version (cardioid) so that your money is spent on a quality mic build, not bells and whistles you’ll rarely use.

2. Spend most of your time recording and writing. Don’t worry about how good the mix or editing sounds while you’re recording. Don’t edit it to death. Recording another take is almost always better than editing a bad take.

3. Try to sound like yourself. If you’re going to imitate, make sure you’re imitating at least 2 people at once. A lot of great art is made by mashing up two influences. Most bad art is made from imitating one other artist.

5. Save the first rough mix you do. Keep checking subsequent mixes against it. A classic mistake is to gravitate toward mixing with your head instead of your heart, and making each mix revision worse artistically, but (sometimes) better technically than it’s predecessor. Your first mix might actually be the best artistically, even if it’s technically rough in some areas. (Listen to the cavalcade of hits from Motown in the early 60’s for proof of this hard fact. Technically, the mixes are generally awful, but they’re some of the music recordings of all time.) If you want to make bad mixes, spend 15 consecutive hours mixing each tune. Take breaks. Try to mix quickly with your heart, not slowly with your head.

6. Get your music mastered by a professional. Mixing is hard enough, but mastering your own mixes is one of the hardest thing you can do in audio. Having an experienced set of outside ears on a project can make a world of difference. I offer a free mixing consultation with every mastering project that’s booked with me, and I’ve often found that the mixing consultation alone can make a world of difference on most projects that are mixed and recorded at home. It’s pretty easy to lose your mind after long hours of mixing and recording at home, and it’s easy to miss small things that can make a big difference in the long run.