How To Get Your Music LOUD 1 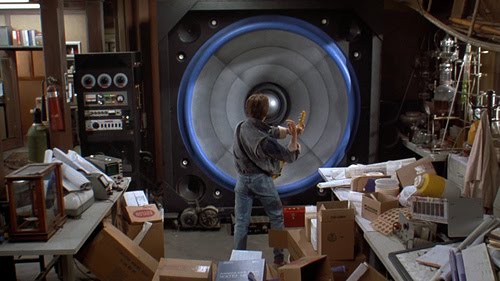 What makes one song louder than another? The mastering? The mixing? The answer, if you’re interested in being loud and still sounding good, is both. A common misconception is that great mastering is the only thing that makes a song loud, and while it’s necessary to have a CD that compete’s at “commercial” levels, it’s only a part of the solution. A good mix can be mastered to sound very loud and still sound amazing, while a bad mix can be mastered just as loud, but it must be overly compressed to do so. While over-compression solves the volume issue for less than ideal mixes, the new issue  is now a lower quality sounding master. How can you make your mixes more “loudness” friendly so that your music can be mastered to be loud and still sound great? Read on…

3 things come into play when one chooses to fight in the “loudness war.” They are peak volume, average volume, and the effects of compression on audio.

Peak volume, simply put, is the loudest point in a single piece of audio. The highest peak volume you can have in digital audio is 0 db.  0 db is the ceiling, and anything over it will be clipped. If you’re mixes are hitting o db anywhere in your mix, there’s a pretty good chance you’re losing audio quality.

Average Volume is just what it sounds like, it’s the average volume of a piece of audio. Loudness actually IS average volume, not peak volume. When a song sounds loud, it’s because of how loud its average volume is over a given period of time. How do you increase average volume in mastering or in mixing? You compress it.

Think of compression like a robot that can quickly turn a volume knob up or down depending on how you tell it to function. Compressors have a maximum amount of volume that they can adjust in a given time before it starts to sound unnatural and you begin to notice negative effects. If there’s too much compression, you can feel it pushing and pulling the audio back and forth. At high levels of compression, you also start to develop something called “sympathetic distortion & attenuation.” Sympathetic distortion happens when one frequency in a mix is so loud that it causes the compressor to cause distortion in another. This is most often encountered when a kick drum has been mixed so loud that it distorts the quieter, higher frequency sounds above it. Sympathetic attenuation is when the loudest element in a mix causes the compressor to prematurely engage and cause the other elements in a mix to get quieter. It’s most often heard when a radio station overly compresses a song that is bass drum heavy and the song’s volume begins to pulse in time with the kick drum. Both of these potential side effects of using too much compression can easily cause a piece of audio to sound unnatural or “unmusical.”

When a song is being mastered, compression can be used to make a song sound “sweeter” but it can only be compressed so much before it starts to sound worse than it did before mastering. You should be hesitant to make a song sound worse just to make it sound louder because when you over-compress the something, you’ll have a negative impact on how the people listening will connect with the song. If the listener wants to listen to it louder, they have a volume knob, and most of them know how to use it. Loudness isn’t a bad thing, it’s can be awesome, but overly compressing music just for the sake of loudness is a great way to ruin all of the hard work that’s been put into writing and recording a song.

Check out part 2 of this series on getting your music LOUD.